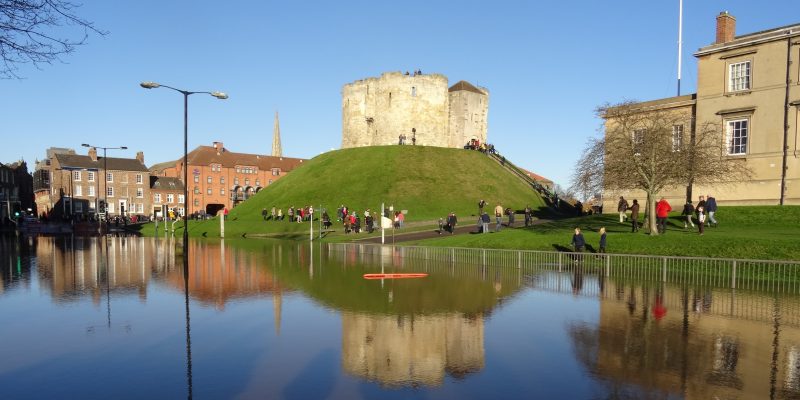 Damage to vulnerable infrastructure caused by climate hazards could triple by the 2020s and rise over ten-fold by the end of the century.

LONDON – Europeans need to prepare for an increasingly risky century because of the growing impact of climate change on vulnerable infrastructure, scientists say.

The risks they see ahead are not those usually associated directly with rising temperatures. What they are concerned about is the fragility of the physical structures and systems that keep industrial societies running – the infrastructure of roads and railways, power plants, industry, water supplies, schools and hospitals – in the teeth of the increasing ferocity of extreme weather.

Over the past three decades, most natural disasters (90%) have been caused by climate-related events, they say, and extreme climatic events are likely to become more frequent because of global warming.

Much of the harm these events cause in Europe comes from physical damage to its industrial life support system, as the global average temperature continues to rise as a consequence of warming driven by ever higher greenhouse gas levels in the atmosphere, in response to the profligate global consumption of fossil fuels.

The study finds that Europe will be a continent of two halves, with the southern and south-eastern regions hit hardest, because of increasing droughts and heatwaves.

An analysis led by the European Commission’s Joint Research Centre (JRC) and published in the journal Global Environment Change says that damage by one or more climate-related hazards to this infrastructure is likely to grow between now and 2100.

The study is by no means the first warning Europe has been given about the probable impact of climate change. But the JRC says the analysis provides for the first time an estimate of the expected financial damage to the continent’s critical infrastructure caused by such hazards. It focuses on seven of these hazards: heat and cold waves, river and coastal floods, droughts, wildfires, and windstorms.

Its results show that Europe will face a continuous and ever-sharper increase in damage in the coming decades. The expected annual damage today is €3.4 billion per year (US$4.05bn) for the EU+ (EU28 plus Switzerland, Norway, and Iceland), but is projected to be almost three times higher (about €9.3bn) as early as the 2020s, €19.6bn by the 2050s and by the 2080s ten times bigger – €37.0bn. All of this, the authors say, will result solely from the effects of climate change.

They expect economic losses to be highest for energy and transport, rising from today’s €0.5bn for the energy sector to €8.2bn by the 2080s. For transport, the current annual expected damage of €0.8bn is likely, on present trends, to reach €11.9bn by the end of the century.

The study finds that Europe will be a continent of two halves, with the southern and south-eastern regions hit hardest, because of increasing droughts and heatwaves.

River and coastal floods will remain the most critical hazard in many floodplains and coastal stretches of western, central, and eastern Europe, the study says, including the British Isles, Poland, the Czech Republic, Bulgaria, Romania, and northern coastlines of the Iberian peninsula.

For Europe as a whole, the damage caused by climate hazards to infrastructure rises progressively, from 0.12% of the current gross net investment in fixed capital assets to 1.37% by the end of this century. For northern Europe, the expected damage corresponds to less than 1% of annual investments, but in southern European countries it is far higher, with Greece reaching 4.43% and Croatia 5.21%.

The damage estimates suggest that future infrastructure projects with a long lifespan may need a substantial additional upfront investment in order to ensure life-long resilience to climate hazards. Standards currently used for designing and building infrastructure are being revised by the three European Standardisation Organisations.

The JRC says it hopes the study’s findings could help countries to set priorities for regional investments that address the unequal burden of impacts and the differences in adaptation capacities across Europe.– Climate News Network