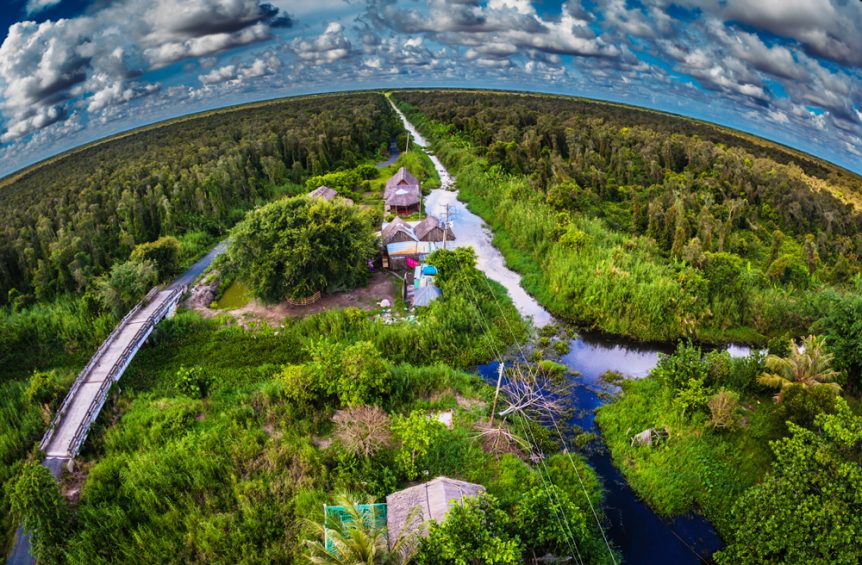 “With country resources and support of the international organizations, the Government of Viet Nam has invested in programmes to improve the resilience of the communities for natural disasters and climate change.  However, as we saw recently with Storm #12, with the unpredictable impact of climate change and extreme weather events, coastal communities are particularly vulnerable” said Mr. Hoang Van Thang, Vice Minister of MARD at the workshop.

Ms. Caitlin Wiesen, UNDP Country Director noted: “This project is particularly relevant and timely, building as it does on the positive momentum coming out of the of the recent UNFCCC Conference of the Parties (COP 23) and the global movement to make climate change action central to achievement of the Sustainable Development Goals by 2030.” She further highlighted that “Viet Nam is increasingly vulnerable to the impacts of climate extremes which are causing increasing damage to lives and livelihoods and negatively impacting development gains.”

Viet Nam is at high risk to climate change related disasters.  According to a Global long-term Climate Risk Index 2017 (based on annual average data between 1996-2015), Viet Nam is one of the 10 countries most affected by “extreme weather events”.To date in 2017, fourteen typhoons have hit Viet Nam, including Storm #12 (Damrey) that caused more than 100 fatalities, destroyed more than 3,000 houses and affected more than four million people, mainly in coastal areas.

During the workshop, all provinces and national partners jointly agreed plans to implement the project, and shared their understanding of the roles and responsibilities of the stakeholders to ensure effective implementation of the project from 2017 to 2022.