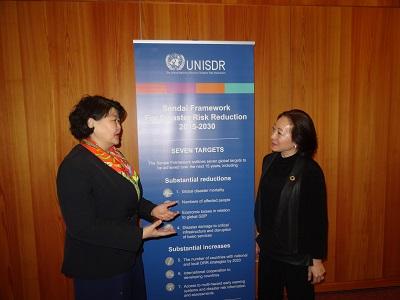 Three years after the adoption of a global plan to reduce disaster losses 148 countries have now committed to report systematically on their disaster losses including deaths, numbers of people affected, economic losses and damage to critical infrastructure including public utilities.

Best estimates are that disasters cost the global economy US$520 billion annually while pushing 26 million people into poverty and displacing millions from their homes but not enough countries are providing precise data at national level.

The UN Special Representative for Disaster Risk Reduction, Ms. Mami Mizutori, said: “On March 18 we mark the third anniversary of the adoption of the Sendai Framework for Disaster Risk Reduction 2015-2030 by UN Member States. More rigorous measurement of disaster losses will lead to improved strategies for reducing disaster and climate risk. Implementation is steadily moving forward.”

The Sendai Framework was adopted by UN Member States which decided that in light of the impacts of climate change, increased disaster losses, population growth in disaster prone areas, entrenched poverty and damage to the environment, a shift was required from managing disasters to managing and reducing disaster risk.

In a statement to mark the anniversary, Ms. Mizutori said: “Since the Sendai Framework Monitor went live on March 1, 61 countries have already logged on to upload statistics for 2017 which will also feed into the first progress report on achievement of the 17 SDGs which will appear in July.

“This will help to set a benchmark against which we can judge progress in areas such as eradicating poverty, action on climate change and building resilience to disasters at community and city level across the world by 2030 which is also the deadline for the overall 2030 Agenda for Sustainable Development.”