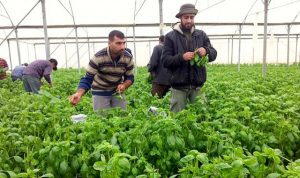 The July 2014 military assaults in Gaza, Palestine destroyed over 60,000 homes and resulted in 2,145 casualties. The conflict created a scarcity of water, energy, food and shelter. The agriculture industry in Gaza suffered heavily.

In 2015 we were approached by the Agricultural Development Association Palestine (PARC) in partnership with the German NGO Diakonie Katastrphenhilfe (DKH) to work as consultants to introduce a BBB approach to the agriculture rehabilitation process in Gaza. Our project involved the development of a specific BBB Roadmap for 310 selected agricultural business owners and providing BBB advice for adoption at the regional level.

Mannakkara, S., Potangaroa, R. & Wilkinson, S. (2016). Building Back Better Roadmap for the Rehabilitation of 310 Agricultural Businesses in the Gaza Strip – Prepared for PARC and DKH. Auckland: Centre for Disaster Resilience, Recovery and Reconstruction, University of Auckland.