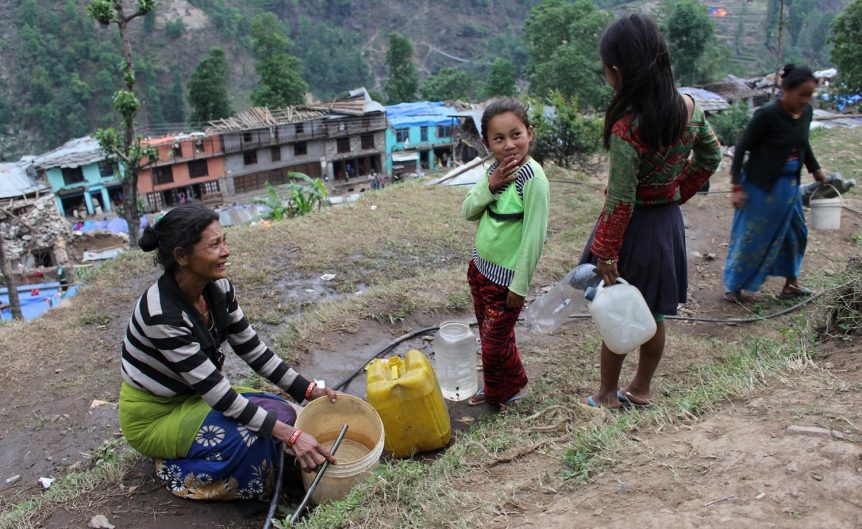 INCHEON – Every day when Purusotam Shakya steps into his office in the heart of Kathmandu, Nepal’s bustling capital city, three words leap to the front of his mind: “Build Back Better”.

Mr. Shakya is the Director of Kathmandu Metropolitan City’s Disaster Management Department, and relishes his key role in the ongoing reconstruction of the city after the devastating April 2015 earthquake.

“The reconstruction process is extremely challenging. At the same time it is a real opportunity for our city to make itself safer and more resilient to future earthquakes. In this regard, we are now strongly implementing our building codes,” Mr. Shakya said.

“We are also trying to address two of the toughest problems of any reconstruction. First, in terms of funding for disaster risk reduction, we are collecting an annual 100 rupee (USD1) levy from each household when they pay their land and property tax.

“Second, in terms of local capacity we have established disaster management committees in each of the city’s 32 wards which link up to the newly set-up Metropolitan Emergency Operations Centre.”

Prime Minister Deuba said that the majority of deaths during the April 2015 earthquake were caused by weak structures rather than the earthquake itself. “As disasters are equally severe to everyone, it is our responsibility and we all need to make a firm commitment towards disaster risk reduction,” he said, according to local media.

The Prime Minister was speaking on the occasion of Nepal’s annual Earthquake Safety Day, which carried the theme ‘Empowering Local Communities and Governments: Strong Foundation of Earthquake Safety’.

Earthquake Safety Day commemorates the Great Nepal-Bihar Earthquake of 1934, which killed up to 12,000 people and destroyed and damaged 200,000 buildings.

UNISDR has a well established partnership with the Government of Nepal. It has provided technical support for the development of the 2017 Disaster Risk Reduction and Management Act as well as the National Platform for DRR. UNISDR will also provide support to the intended establishment of Local Platforms for DRR.

Nepal is firmly committed to implementing the Sendai Framework for Disaster Risk Reduction, the global plan for reducing disaster losses by 2030, which places particular emphasis on building back better with a view to avoiding new risk and reducing existing levels of risk.

Kathmandu Metropolitan City used the opportunity of Earthquake Safety Day to highlight the importance of an inclusive approach to DRR. This is one of the headline messages of the Sendai Framework for Disaster Risk Reduction.

City officials led an Earthquake Safety Rally through the streets of Kathmandu that included representatives from various Government offices, community groups, the police force, the Nepal Army, and businesses. It emphasized the fact that DRR is everyone’s business.

Kathmandu is one of 20 municipalities worldwide taking part in the UNISDR-European Commission Making Cities Resilient programme, which supports the development and implementation of DRR Action Plans.