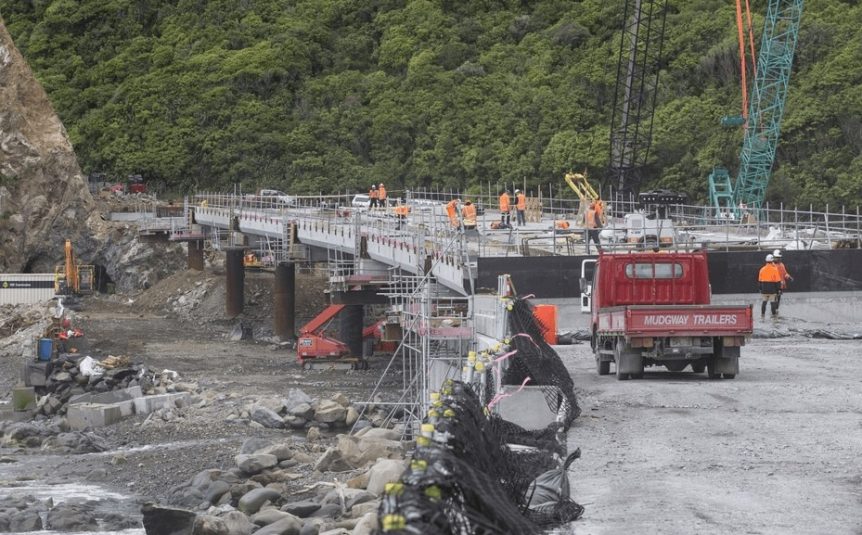 There are mixed emotions in the rebuilding town of Kaikoura ahead of tomorrow’s one-year anniversary of the massive earthquake that cut it off from the rest of New Zealand and its tourist lifeblood.

It’s been a challenging 12 months for the local residents and businesses of the seaside tourist town after the devastating magnitude-7.8 tremor that struck just after midnight on November 14 last year.

State Highway One north of Kaikoura is scheduled to reopen next month, albeit with major restrictions as the unprecedented clean-up job continues. 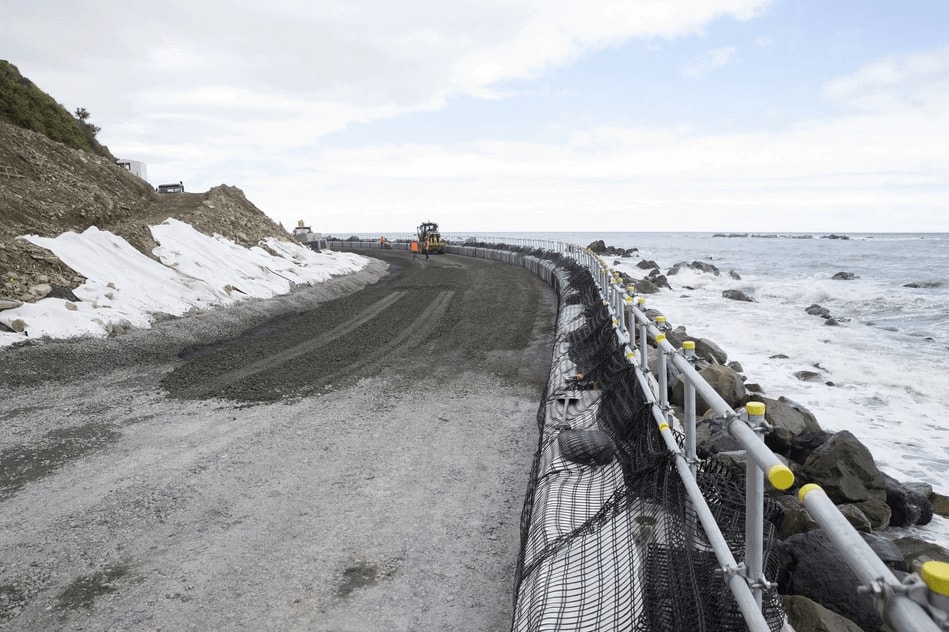 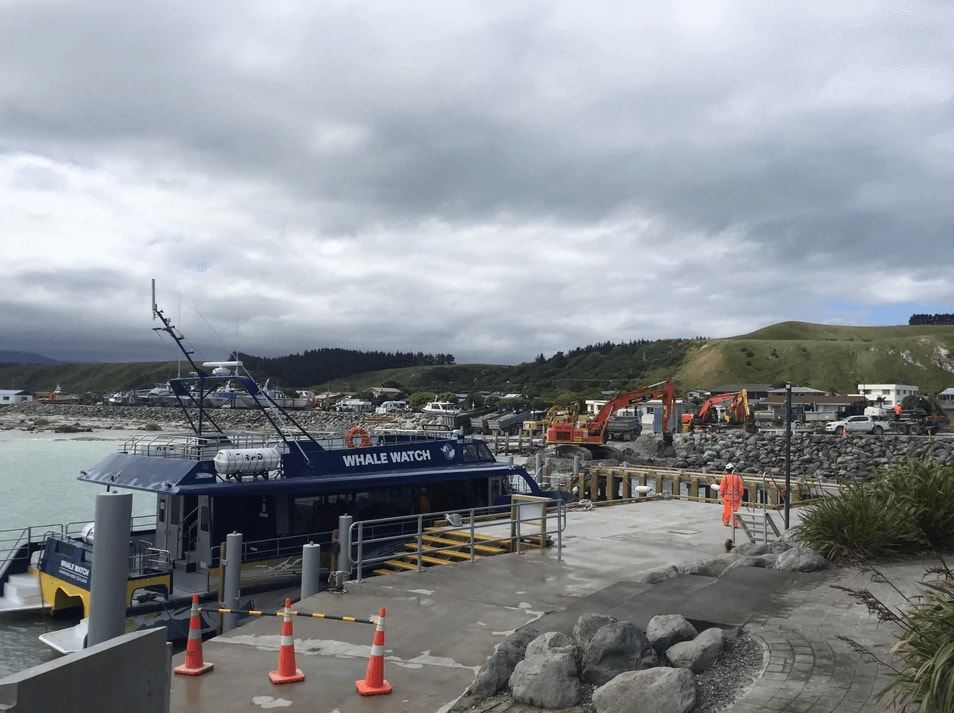 Kaikoura Harbour, badly damaged in the November 14 earthquake in 2016, is a hive of activity ahead of its official reopening tomorrow on the anniversary of the quake. Photo / Kurt Bayer

The main arterial road south of the town has been open intermittently throughout 2017 and is open this week as the town stops tomorrow to remember the quake that has changed the pristine area’s landscape, and seascape, forever.

Minister Responsible for the Earthquake Commission Megan Woods and Minister of Civil Defence Kris Faafoi will also attend events at Kaikoura harbour which was badly damaged in the violent shaking, while the seabed raised by up to 2m in places, making it usable only at high tide. 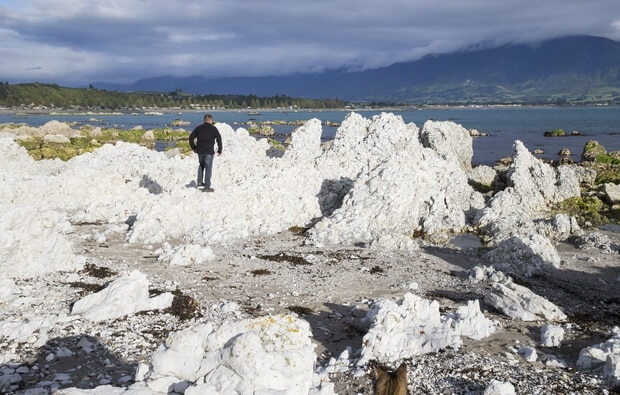 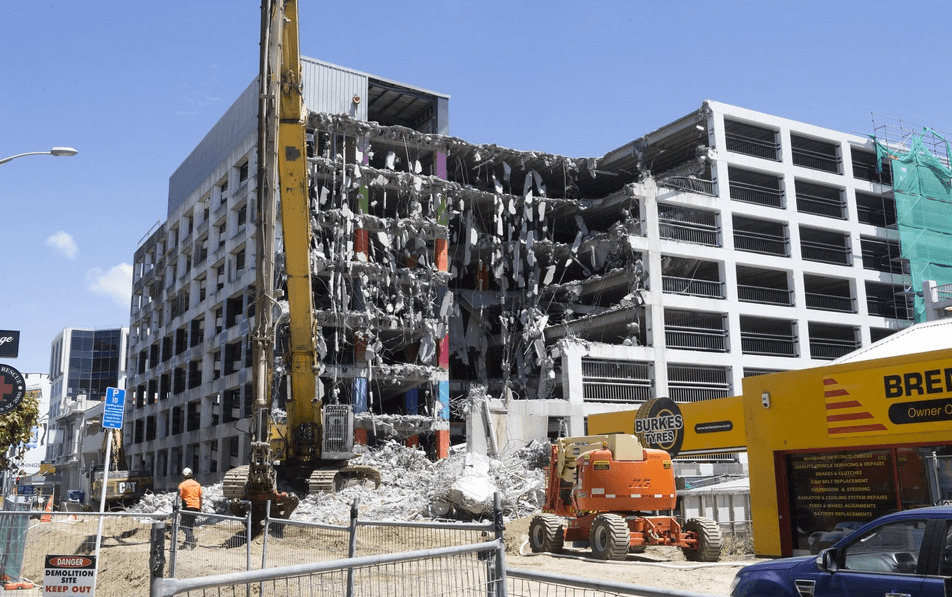 Work underway to demolish the Reading Cinema car park building in Wellington after it was badly damaged in the Kaikoura earthquake. Photo / Mark Mitchell 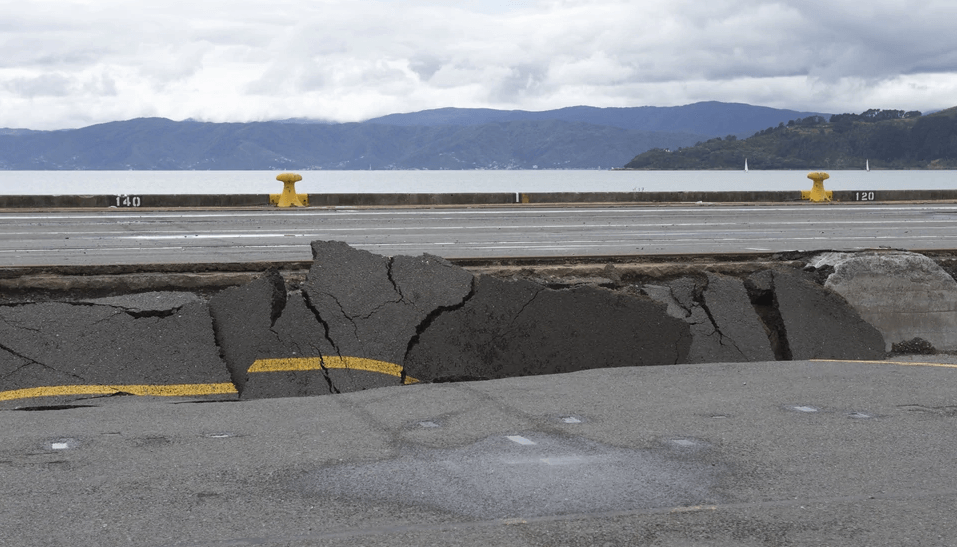 Damage caused by the Kaikoura Earthquake at the CentrePort container wharf in Wellington. Photo / Mark Mitchell

The dawn service event will be followed by an official marina opening at 12.30pm followed by harbour and boat tours and a community picnic at Churchill Park starting at 4pm.

Gray says emotions in the town are “all over the place”, with a lot of tension and stress for people with affected businesses or broken homes.

“It’s going to take some time to recover,” he said. “We’re looking to summer and we think it’ll be okay, but will it be good? That’s the question.

“We’re going to get some good stuff come out of this eventually but it’s just going to take time. But you wake up in the morning and it soon makes you appreciate just how lucky we are to live here.”

The harbour reopening is a significant milestone for the region, especially two of its main tourist operators, Whale Watch and Dolphin Encounter.

Whale Watch, world-renowned for spotting 20m Sperm Whales, was forced to put three of its four boats in dry dock after the quake. 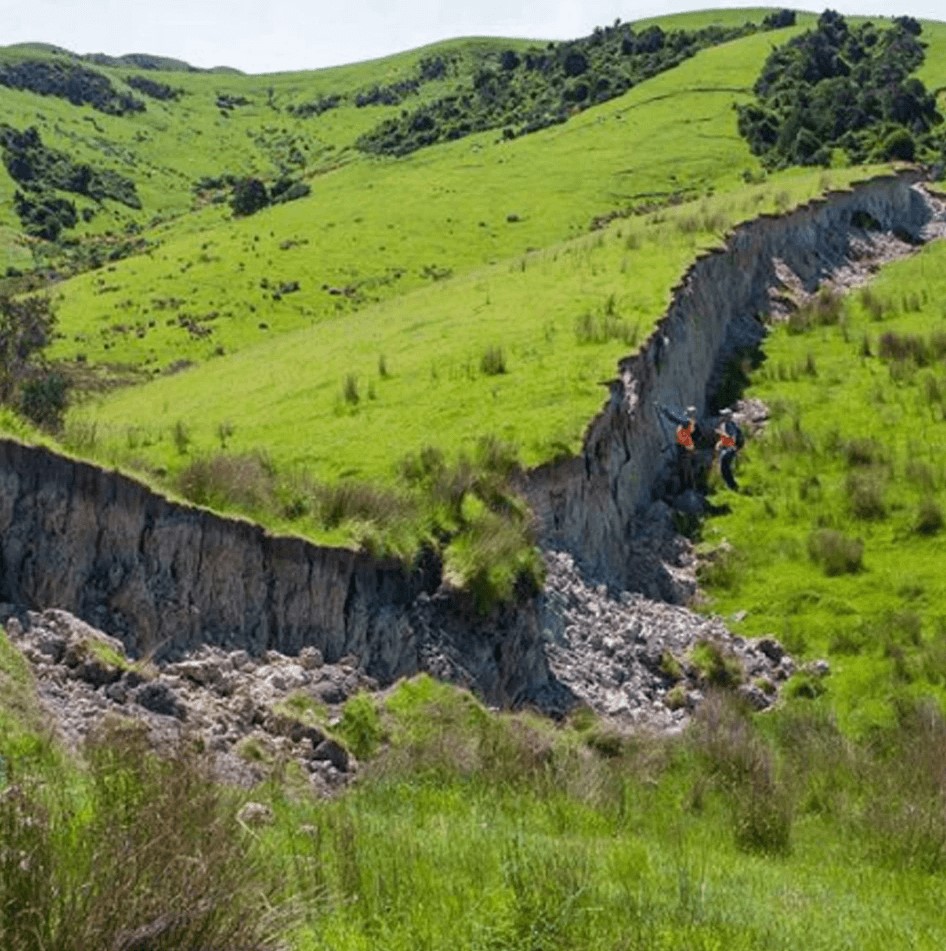 Ground raised into a wall by the earthquake near Waiau. Photo / Kate Pedley, Geological Sciences, University of Canterbuy 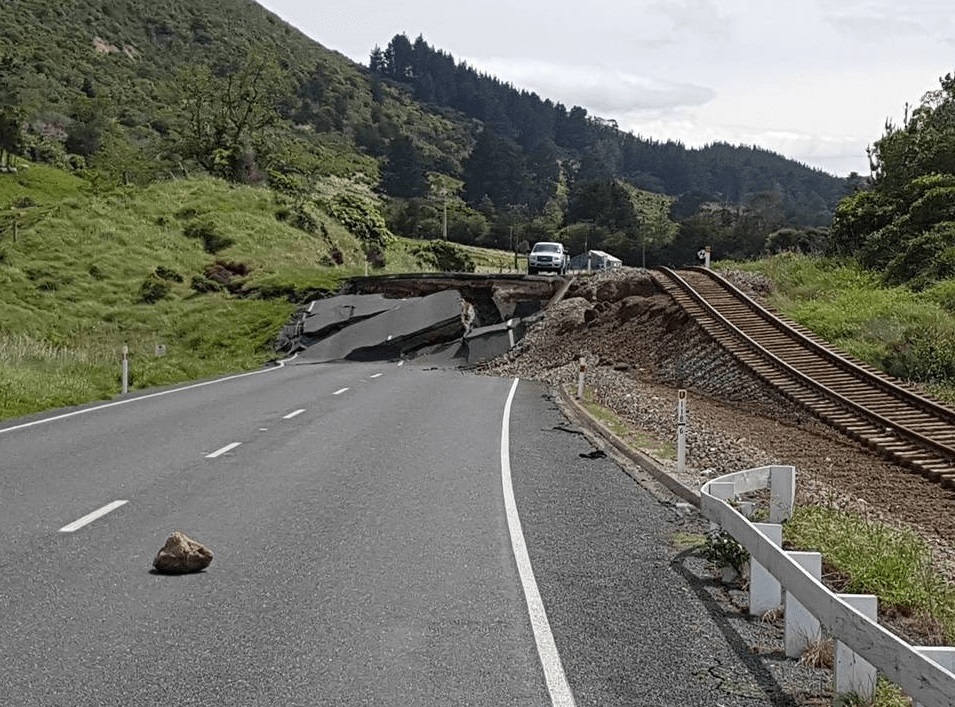 An image from on November 15, 2016, shows the damage wrought by the magnitude 7.8 earthquake in the Clarence area inland from Kaikoura. Photo / Facebook, Clayton Lindstrom

Running at just 25 percent capacity for almost a year was tough for the company, admits marketing manager Lisa Bond.

“It’s been very challenging but we’ve overcome them, especially with great support locally, domestically, and internationally which has been fantastic,” she said.

“We’re now fully open again and hopefully the people will come. We are getting people through the door who don’t even know we’ve even had an earthquake.”

Thousands of cubic metres of rocks have been dug out of the marina’s channels while a new jetty will be able to cater for cruise ship tenders. 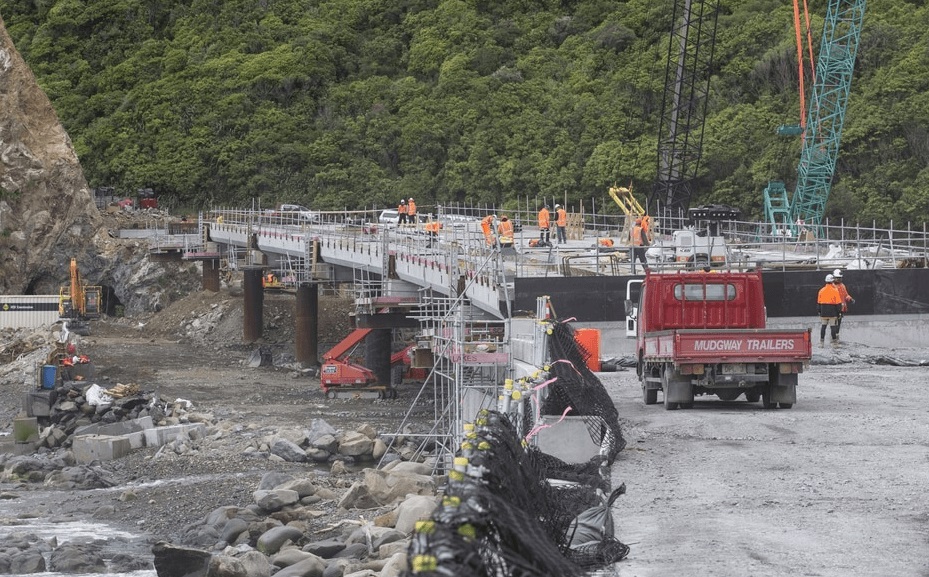 The Irongate bridge construction site on State Highway One, north of Kaikoura. 1500 workers have removed over a million cubic metres of material since last year’s earthquake. Photo / Mark Mitchell

Dolphin Encounter says co-owner Dennis Buurman says the facilities are world-class and better than they’ve ever had before.

“The potential for Kaikoura now is huge,” he said.

But she stressed it was important to acknowledge the landmark moment with “catastrophising” it. 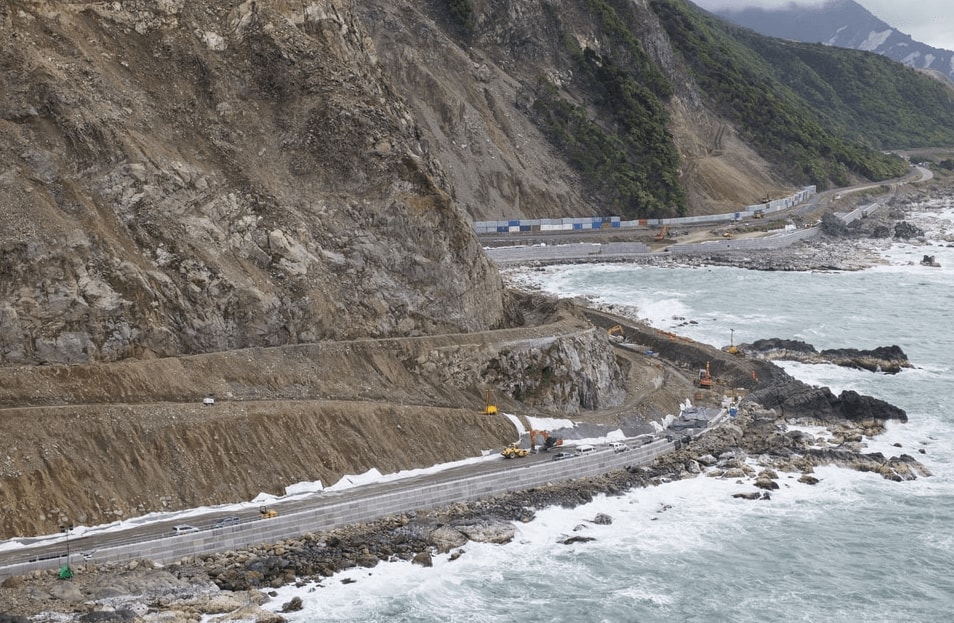