About Build Back Better 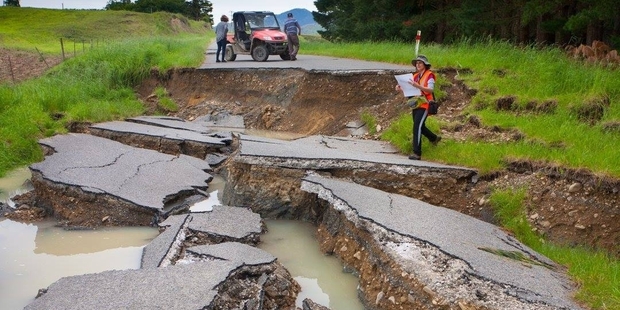 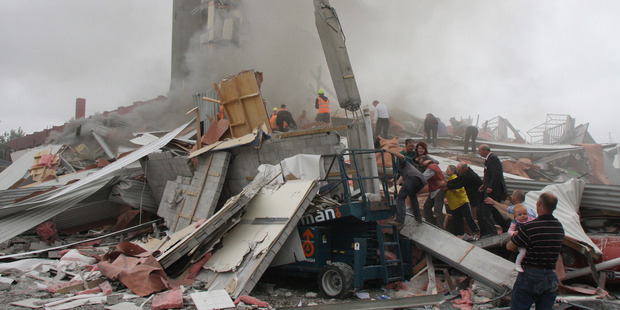 What is “Building Back Better”?

Building Back Better or BBB became popular as a catch-phrase particularly following the 2004 Indian Ocean Tsunami where it was recognized that the time period following a disaster is an optimal time to make changes in a community. The post-disaster reconstruction and recovery phase presents a unique opportunity to introduce new ideas, technologies and methods to improve on pre-disaster conditions.

It is with this understanding that the concept of Building Back Better emerged, signifying the use of this window of opportunity following a disaster to introduce resilience [1] into communities and eliminate vulnerabilities.  BBB has been recognized by the United Nations Sendai Framework for Disaster Risk Reduction as a key global priority for action in the next 15 years for both pre- and post-disaster planning and implementation.

While there has been some debate on the meaning and suitability of the phrase “Building Back Better”, we have embraced BBB as an important concept for pre- and post-disaster resilience building in-line with the United Nations, World Bank, and international researchers and authors including Clinton, Monday, Khasalamwa and Kennedy.

[1] UNISDR defines resilience as “the ability of a system, community or society exposed to hazards to resist, absorb, accommodate to and recover from the effects of a hazard in a timely and efficient manner, including the preservation and restoration of its essential basic structures and functions”.

We define Building Back Better (BBB) as a holistic concept using post-disaster reconstruction and recovery as an opportunity to improve a community’s physical, social, environmental and economic conditions to create a more resilient community in an effective and efficient way [1].

The international research we have conducted on understanding and defining BBB over the last six years has shown that BBB is a three-pronged approach including:

The first BBB Framework by Mannakkara and Wilkinson was developed in 2014 by conducting a conceptual analysis of research and literature related to BBB and post-disaster reconstruction and recovery.  This Framework was used as an initial template to identify general and context-specific BBB Indicators, which are best practice recommendations for implementation.  Over the past six years, the BBB Framework and BBB Indicators were revised and modified iteratively based on findings from international case study research conducted in several countries looking at city-level and sector-level cases to improve the applicability and practicability of the Framework and Indicators (see BBB publications).

The BBB Framework shown below is the most recent iteration and has been used to conduct BBB assessments at the city and sector level in different disaster settings, and has proved to be a robust and practical tool (see projects).

The “BBB Framework” was developed by our researchers to clarify the definition and scope of BBB. 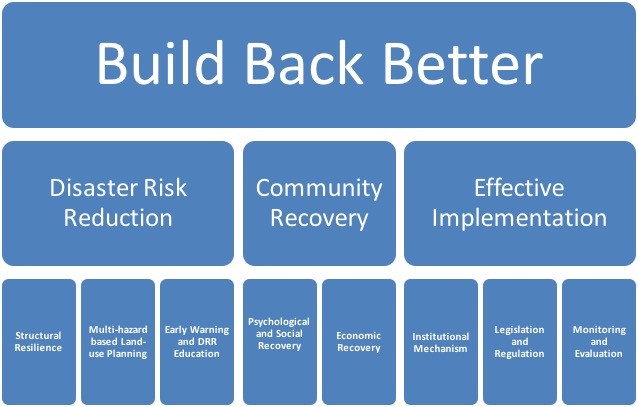 The BBB Framework (Mannakkara and Wilkinson, 2016)

[1] UNISDR defines resilience as “the ability of a system, community or society exposed to hazards to resist, absorb, accommodate to and recover from the effects of a hazard in a timely and efficient manner, including the preservation and restoration of its essential basic structures and functions”. [2] Definition of BBB developed from international research.